I have just finished setting up Varnish on my test server that uses Webmin/Virtualmin, with Apache on Centos.

It has been a little bit of a voyage of discovery but I think I have cracked it. Much of what I have here is based on many other blogs and forums. In essence once you know how its easy, but there are a few pit holes to watch for in Virtualmin/Webmin, as editing the underlying httpd.conf file isn’t the way to go.

The main steps are

and you are done.  My experience is on a Centos server, I’m sure that the process is the same on Ubuntu except the details of some of the linux level commands and file locations

The easy way – from a repository

In essence to get up and running this is simply putting the port and IP address that Apache will be listening on.     Normally Apache listens on the http port 80, but as Varnish sits in front of Apache, Apache and Varnish will listen on 80 apache has to move – the ‘default’ documentation moves Apache to 8080.

Some people write that they can set it up with Apache listening on 127.0.0.1:80 and Varnish on myexternalIP:80  but I couldn’t get this to work and wasted much time trying to work out where the conflict comes from. If you don’t want to waste time stick to 80 and 8080.

There are a lot more advanced VCL things that you might have to do, like excluding some virtual hosts, and passing through the originators IP address (that Varnish looses as it is a proxy) I’ll cover them in my ‘advanced’ VCL musing in a later post.

3. Modify the Apache configuration to use 8080

All the advice points to updating /etc/httpd/conf/httpd.conf    but if you are running Virtualmin/Webmin stop – don’t do that.

You have to modify things via Virtualmin or you will get problems later.

It took a while to find

Virtualmin>[server]>Server Configuration>Change IP address and change the ‘New HTTP Port’ from 80 to 8080. Do this for every existing virtual server

If you have a lot, then you can do this at command level, I wrote this script that goes through all virtual server and changes the port to 8080

You then just need to make sure that apache isn’t also listening on port 80.

Go to Webmin>Servers>Apache Webserver, scan down the list of existing Virtual Servers they should all be 8080, the switch to the Global configuration tab > Networking and Addresses, under ports if the is an entry with 80 remove it (none and blank) and save, port 80 shouldn’t be mentioned here at all.

Sounds simple. I tend to prefer stopping and starting servers at command level. You just need to make sure you stop apache, start varnish and then start apache

If httpd doesn’t start then its because it is still listening to post 80, or you didn’t change the varnish default.vcl from 80 to 8080

Check you sites are running!

You also might want to see if varnis is actually running and doing something – a couple of command line commands to run woudl be varnishlog and varnishstat. I might post a bit more about mnitoring when I get more familiar with it.

5. Tidy up Virtualmin server templates and make sure that Varnish runs on boot / restarted with Apache

You need to make sure that Varnish start on reboot too, so

scroll down to find Varnish, edit and set it to start on boot

And you will also need to ensure that Varnish is restarted after you restart Apache for any reason (well you may get away with not, but I think it is safer)

and the same for the command to apply after configuration.

That should do it!

In my voyage of discovery I referenced these items the most

http://blog.nexcess.net/2012/05/21/installing-varnish-for-your-magento-store-on-centos-6/  despite being about Magneto, this well written resource cover a lot of Centos setup in a simple and informative way. Watch out, don’t just cut and paste as this blog has converted quotes into html format.

https://www.varnish-cache.org/docs/3.0/ is the official Varnish documentation which is fine, but it doesn’t help too much beyond the basic setup, worth reading through

http://ocaoimh.ie/2011/08/09/speed-up-wordpress-with-apache-and-varnish/ this is a Ubuntu based post, focusing on WordPress and uses the local host sharing 80 port concept, this actually wasted a lot of time for me. I am also a bit suspect of the wordpress based vcl, but I did base my vcl on some of it.

https://www.varnish-cache.org/trac/wiki/VCLExamples  has VCL examples, and is a bteer place to get to understand the VCL options and there are some user contributed WordPress VCls which may be  a better way of going than the above.

[Next] Find out where to host WordPress [Read the full article…] 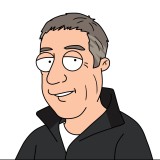 My day job consists of developing new code and solutions along with support my WordPress plugin user.

Badlywired.com is my technical notebook, my aide memoire of the many interesting facts that I come across and 'how to' recipes of things I do infrequently. As I spend a lot of time gathering parts of solutions from the internet and assembling them into my own solutions, and also just learning how to do things, this blog is one way of giving something back to the online community that has helped me extensively.